The Runner’s High Vol. 5: How WHOLE 30 Helped Me Become a Better Runner. And No, It Was Not Weight Loss

It’s the Holy Grail of fitness.  The search for the perfect diet.  One camp swears that carbs are the answer while another is adamant that animal meat is the secret ingredient.  Should I be vegan?  Or is keto better?  More protein?  Or should I fast?  With thousands of products promising results and endless conflicting scientific studies, it can feel hopeless.  But here is the truth:  Each of our bodies is unique and what may be best for me may not be the same for you.  Say what?!  I know, I know.  It would be easier if there was a magic bullet, but the good news is that with some simple experimentation, you can get some solid insights into the prime fuel for your body.  And you will be a better runner for it.

A few years ago, my wife asked me to join her in completing Whole 30, a popular dietary program that was being touted by several friends for successful weight loss.  I didn’t know too much about it but wanted to support her.  And although I wasn’t looking to lose weight, I figured cleaning up my eating could only be a positive thing.  As soon as I took a closer look, I realized that Whole 30 was much more than I had given it credit for.  Here is what I found.

Myth: Whole 30 is a fad diet plan that promotes weight loss through unrealistic restrictive eating.  Of course it works…eating barely anything for 30 days would cause anyone to drop some pounds!

Truth: Whole 30 is not focused on weight loss at all.  It is a 30-day eating “reset” that restricts several food varieties and then systematically reintroduces them to help individuals identify nutritional sensitivities.  At its core, it is a self-proclaimed “elimination diet” to help people better understand their personalized relationship with food.

So How Does It Work?

The rules are straight forward.  No cheating, no free days, no “special occasions.”  Just 100% compliance for 30 days.  And straight from the website, compliance means: “Eat meat, seafood, and eggs; vegetables and fruit; natural fats; and herbs, spices, and seasonings. Eat foods with a simple or recognizable list of ingredients, or no ingredients at all because they’re whole and unprocessed.”  If it falls outside of that, it’s off limits.  No added or artificial sugars.  No dairy.  No grains.  No legumes.  No alcohol (I am aware I just lost some of you).  And no calorie counting, scales, or measurements for 30 days.  Yeah…simple, but not easy.

Armed with a couple cookbooks and the Whole 30 website, we dove in.  We obsessed over ingredient lists, made all our meals at home (it’s nearly impossible to know for sure if a restaurant meal is compliant), and fought the temptations to splurge “just a little bit” when the opportunities arose.  It was tough, but we stayed on track, focusing on a variety of whole foods and not worrying about quantity.  Then, about 2 weeks in, I noticed something strange. 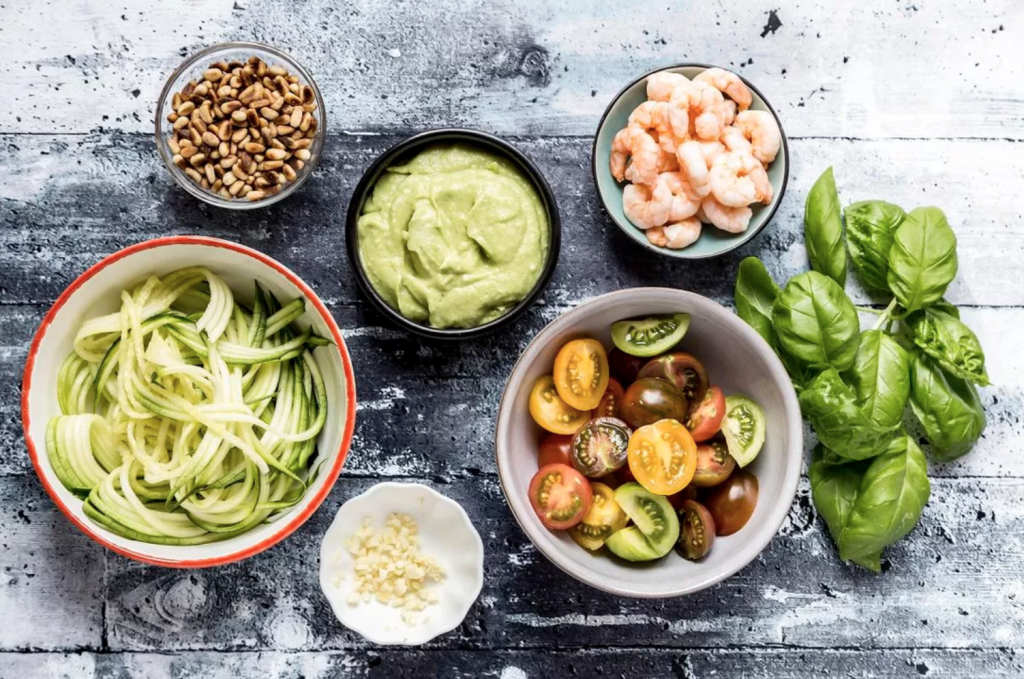 I was just breaking into the world of ultra-running and had been stretching myself by gradually increasing weekly mileage.  The plan that I was on called for back-to-back weekend long runs, which initially had been quite an adjustment.  On this particular Sunday, I was lacing up and it suddenly struck me that I felt completely fresh, a pleasant surprise after logging 20 miles the previous day.  The usual stiffness was nowhere to be found.  “Well, that’s new.”  And even more perplexing, it was the same the next morning, despite grinding out another 15-miler.  35 total miles over the past 48 hours and…nothing.  Not a hint of physical fatigue.  It was as if I had spent the weekend in recovery mode rather than pushing my perceived limits.  It had to be a fluke.

But the next week and the following weekend only brought more of the same.  We were now 3 weeks in to Whole 30 and my recovery was insane.  I had more energy than ever, and it seemed that no matter how much I tested myself, inflammation was nowhere to be found.  It finally clicked.  Each and every ingredient that I put in my body has a direct impact on how I feel, how I perform, and how quickly I recover.  Things that I had been eating before were having much more of a negative impact than I realized.  It seems so obvious, but the revelation was astounding.  And I was loving the results.  The only problem was that I knew I would not be able to maintain such a restrictive protocol forever.  But then I remembered that wasn’t the point to all of this.  The point was to see what I learned from it.

What Did I Learn?

At the end of 30 days, Shannon and I were both ecstatic.  She was fitting better in her clothes and I was crushing my daily workouts.  There was power in the understanding that food could be utilized so effectively as a performance tool.  And now it was time for the next step; reintroducing some of the foods that had been cut out.  This is where the real experiment began.  Some foods clearly land in the unhealthy realm, such as added sugars and overly processed foods.  They could stay on the banned list.  But others that had been eliminated, such as dairy and whole grains, are commonly included in recommended nutrition plans.  So, what would happen when we worked them back in to our daily routine?

The most surprising finding for me was that I have a dairy sensitivity.  Shortly after reintroducing milk and other dairy items, I experienced slower recovery and increased inflammation.  While dairy is known to be inflammatory, it had never seemed to bother me in the past.  I had probably just chalked up some of the stiffness to expected exercise wear and tear.  But the difference was jarring.  Does that mean I believe dairy is unhealthy?  Not really.  In fact, I had regularly utilized whole fat Greek yogurt in the past as a preferred high protein, healthy fat snack.  Especially during phases of strength training.  But the realization that a nightly glass of milk could have such a negative impact on my running was an incredible insight.  I also found that grains have a similar effect, although to a lesser extent.  Beans and legumes seem to have no negative impact on me at all.

I have put these findings to good use since our Whole 30 experiment.  Understanding the foods that I thrive on, as well as those I am more sensitive to, has been instrumental in dialing in my nutrition during intense training blocks.  When it’s time to turn up the miles and maximize recovery, I cut out the problematic items and focus on clean, whole foods.  As a result, my running volume as increased leaps and bounds over the past few years (I am closing in on 2,000 miles so far in 2020) and I attribute my success to having a better grasp of how my body best performs.  And the experiments have not stopped there.  I also have learned that I personally do well on a lower carb, higher fat diet.  That is not the case for everyone.  And that my body responds very well to intermittent fasting, regarding both endurance training and recovery.  Again, not everyone seems to have the same experience.

So here is my advice.  Experiment, experiment, experiment.  Figure out what works best for you.  Identify the eating and training plans that strike a chord, and then give them a good, fair shot.  Be objective.  Pay attention.  How did you respond?  What did you learn?  Take the positives and move forward.  Discard the negatives.  Sometimes the hardest part is committing long enough to truly understand the results.  But do yourself a favor and learn everything you can about how you personally operate.  Not only will it help you develop into a better runner, but it will help you realize that you are uniquely you.  And that is a beautiful thing.

Have you had a similar experience?  Experiments that worked or didn’t?  Learn anything interesting?